There is something about endurance sports that really can play games with your head. In fact, the more I ride, the more I’m starting to understand and appreciate that it really is 80% mental, 10% physical and 10% smarts/luck. Today was one of those days for me…

We’re still on holidays here in France and have moved to a new location – we’re based out of Malaucene at essentially the foot of Mont Ventoux. We’ve had a couple days of excellent riding here, including a big day on Saturday when I rode up Mont Ventoux. Let’s just say that was challenging and I honestly thought I might cry during the last three kilometres – yep, I went through every emotion possible during that 21 kilometre climb. (Marc has since ridden up Mont Ventoux three times – he’s done each route once… I have not even considered this…)

Anyway, back to today’s ride. Well, actually, I need to back up to Sunday’s ride. Sunday’s ride was excellent and magical. It was my first longish day since we’ve been here and it had everything I wanted – a decent amount of climbing, some “flat”, beautiful scenery, interesting little roads, a chunk of descending, and everything in between. I truly enjoyed this ride and apart from running low on water at one point, I generally felt pretty good the entire time.

And now back to today (Monday)… When I got on the bike this morning, my legs felt like blocks of wood. Turning the pedals was happening ever so slowly. But I told myself to give my legs time and that they would wake up – indeed they did after 30 minutes or so. In fact they woke up so much that I felt like I was “flying” up the hills – I was channeling Mike Woods and actually climbing instead of dragging and slogging up and over the hills. I felt like this for a solid 90 minutes and was so inspired that I decided to ride “up” to a town I could see perched on the side of a hill. The ride up was great and I felt like I was riding without a chain on my bike. I chatted with a super friendly guy at the top and then made my way down and back the way I came. And then it happened…

My legs fell off… I couldn’t turn the pedals. I was barely moving and the road felt “flat”. I even stopped to see if somehow my rear brake had seized and was closed against my rim. I checked to see if I had a flat. Nope – neither of these things. It was just me, the pavement, the amazing scenery and a feeling of despair. I told myself to just keep on pedaling and that things would come around. I ate some Clif Shot Bloks and chugged my drink. I thought of the racers I know who put themselves through so much. I thought of all the racing I’ve done. And I just kept on pedaling.

I believed it would get better. Heck, it couldn’t get much worse… And you know what, with some positive talking (yes, out loud talking), I managed to wake up my legs and push back the negative mental demons. While I wasn’t flying up the hills like I was on the way out, I was riding better and managed to wake up enough to appreciate what I was doing.

I was riding my bike in France. I was pedaling my bike around amazing countryside.

And for me is what it’s all about. I told myself not to worry about the watts, the cadence, the kilojoules, the average watts, the distance, etc (sometimes there is just too much data) – and to simply ride my bike. This I know how to do.

I wanted to get back to these feelings from Sunday: 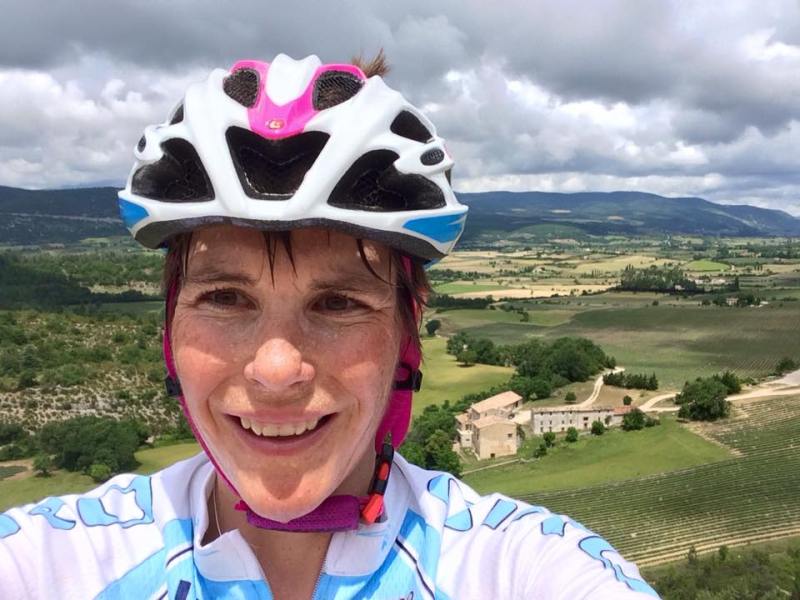 I don’t know what tomorrow holds, but today was a special one.

One thought on “Head Games”